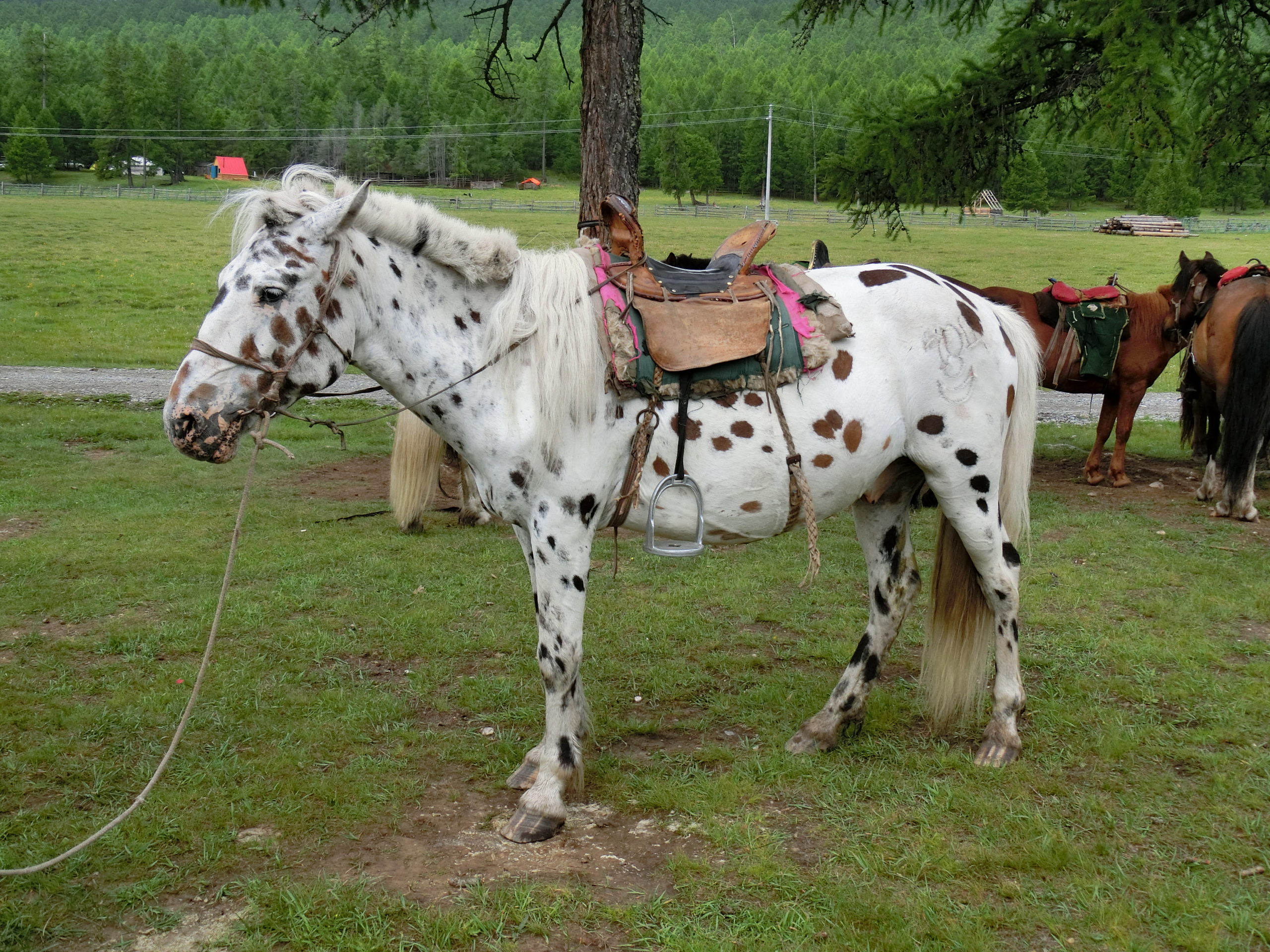 My parents were not perfect. They were busy with running a few restaurants and had little time for my misadventures. However, their obvious lack of interest in my activities made for some interesting times for me.

When I entered the 8th grade, we moved south to a small town near Fallbrook, Ca. I now called Bonsall my home. It was a large farming community geographically with a small population.

My bus ride was long and interesting, but that is another story.

Everyday my bus to school took me out past all the farms of flowers and vegetables to pick up the children of the farmers and the migrant workers.

My family has a long history with horses and this seemed like a natural decision for me. My mother’s father raised and trained Arabian horses. My father had had a horse at one time or another and my brother was nearly killed by a horse. I wanted that donkey.

Strangely, I was able to talk my parents into letting me acquire this unseen animal. This is not the first time I have done this, and it wasn’t the last time.

Our restaurant was one with Mexican cuisine and a donkey eating weeds in a straw hat out front seemed somehow, appropriate. I had convinced my parents that the donkey would keep down the unwanted greenery somehow and was allowed to purchase the animal.

We had a truck so I suppose we went to the farm and picked him up in that. I have no recollection other than handing my seventeen dollars to the farmer who accepted it with a sly smile that went unnoticed by myself at the time.

The donkey seemed a fine specimen as my father walked around him. My dad used his years of horse training and buying experience to check the animal over. He walked around the animal as I watched with hope and excitement. My father looked at its teeth and ran his hands down the legs of the animal looking for injured tendons or muscles. He looked him in the eyes and decided he was well worth the money.

Sadly a donkey’s personality is unseen at first glance. The money changed hands and I was now a proud owner of a donkey.

The donkey was loaded on to our green pickup truck. The farmer was as satisfied as I was. Who knew what lie in the future at that moment for any of us.

We had a large plot of land in the rear of our business and ample space for a donkey. We already had a goat and a fine garden that I had planted. The goat was my father’s idea. He liked the fresh milk. Have you ever tried to milk a goat? I have milked one with modest success and find the results interesting.

Our restaurant sat in front of a small ridge of hills with two neighboring houses far in the rear. It was a natural bowl with a common dirt driveway running to the houses in the rear through an opening in our long, thick, stucco fence.

In the spring the hills turned green and lush and held any number of creatures worth hunting and eating. But danger lurked there as well with rattle snakes waiting for a young boys foot to land close enough to bite. In the summer the hills turned to dry brush and all feared the fires that were sure to come.

In the middle of this bowl, sat an ancient, broken, bulldozer. That was to be the home of the donkey. I had purchased a long and strong chain to tie the donkey to the dozer with while he was not out front during the day eating grass and weeds. He had ample shade and plenty of grass to eat near by.

By the way, donkeys are not fussy eaters.

My donkey ate those lush greens of the spring that grew thick and tall. He seemed equally satisfied with the dried remnants of those same weeds and tumbleweeds with their sharp thorns in the fall and summer. He did have a few nasty habits, of course. What donkey doesn’t.

Early in the mornings he would wake us all with his morning braying and farts that sounded like not so distant thunder. The day started early for all of us due to him.

I of course, had always wanted to ride this long eared, dusty, cantankerous beast. That was why I had purchased him if the truth be known, in the first place. Although I didn’t care for cutting or digging the weeds out in front of our building.

There must be some genetic disorder in our family related to equine creatures. My brother bet on them for a living, my sister worked around them, has had and still owns some and my niece loved to ride them. It is an obvious short coming in our otherwise almost normal family.

The day eventually arrived when I had developed enough courage to to try and mount this creature who had a rather dark personality. I knew him much better now.

He was not very accommodating in any way. He didn’t like it when I moved him to the different patches of weeds that I wanted him to attend to. He was as satisfied to remain in one place as a large boulder might be.

He didn’t seem to like the large sombrero I had placed and tied on his head either, though it gave him some shade. He tried to eat it more than once.

I had worked on it diligently so that his ears could protrude in comfort through the brim of the hat. He looked at me in disgust regarding my efforts. Or did he see through me and know my plans for him.

I found a rope to use to ride him. I come from a long line of riders and a saddle or harness was not needed, or so I thought.

I disconnected the chain from from the dozer, wrapped it around my waist and jumped up upon the broad, strong , dusty back of the donkey. My weight went unnoticed.

I had wrapped a length of cloths line around his neck and hoped that would suffice to guide him where I wanted him to go. I was wrong.

He was off in the direction of the highway at once. That was great, we were moving. But I had no plan as to where I wanted to go. The donkey, however knew where he was headed. It seemed to me to be in the general direction of where I had purchased him.

Soon we were headed west on Star Route 74. I held on as the donkey picked up speed.

A donkey’s gate is not the same as a horse. It is neither smooth nor rocking. Perhaps if they get up to top donkey speed it settles down into something comfortable, but we never got there. After a hundred yards at a bumpy donkey clip and nearly falling off more than once, I jumped off.

Remember, the chain to the donkey is around my waist. I soon became a donkey anchor, though I think he could have dragged me back to the farm where he had happily lived before. I stood my ground and he relented after a few yards of dragging me behind him.

I managed to turn him around and repeated the process of riding him back to where we had come from. He ran at his donkey pace back to my home and headed for a long row of trees. My father’s beloved goat stood in between.

Donkeys are clever things and there is a thought process that goes on in their walnut sized brain. I know what he was thinking as he put his head down and headed for the goat.

Goats are clever animals and much smarter than donkeys. The goat was not an easy target and simply took a sideways goat step and the donkey missed him by a yard.

However, trees do not move and he continued to head for them.

If any of you have ridden a young horse, you know that one of their favorite tricks is to get very close to a tree and have the tree do their dirty work for them and scrape you off as the horse passes innocently by. “Who me? I was simply following orders of my master,” is their credo. You can see it in their large, evil eye as you fall.

My father must have heard something coming from the yard and appeared as I jumped off the donkey and made my escape unharmed. He was not pleased. We both had work to do and this donkey issue had not worked out to his liking or mine to be completely honest.

Perhaps a month had passed since I had purchased this crazed hulk of gas and ill temper and I was not sad to see him go.

My reality had not matched my dreams, which is too often the case in life. I was happy as we loaded him back into the truck for his ride home to the farm where we had purchased him.

As we pulled up to the farm, the farmer was leaning on is hoe in deep weeds. My father had called him I suppose. We off loaded the donkey and the farmer led him to the weeds along the road.

I got my seventeen dollars back but let the farmer keep the chain.