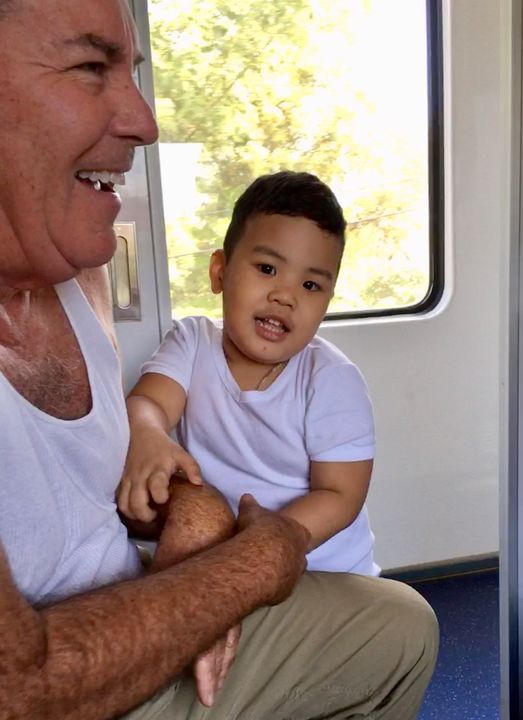 If you have followed my exploits on this site, you know that I was often left to my own devices for entertainment and care when not working with my parents as a young child.

My parents were very busy running a very large restaurant and dancehall-bar business and had little free time. I saw them mostly while working at their sides in the kitchen cutting meat, washing mountains of dishes or loading beer into the coolers of the gigantic dark and scary dancehall used every Saturday night.

My second oldest brother basically raised me for several years during this period of my life.

We lived in a small 35 foot travel trailer until it was sold to lease and fill our new restaurant with food and beer. That was our new family career path. My parents leased an ancient restaurant when I was about five or so and we remained there for nearly nine years.

We moved into a storage building in the back for some time after the trailer was sold. It had no heat or facilities but it was in Southern California so it was quite comfortable for me. One does not miss what one has never had.

Eventually my parents bought a new house and we moved into it. That was a revelation to me, to say the least.

Our former abode in the storage room had become unusable as the roof had fallen in after a bad rain storm. We had been sleeping in the booths of the restaurant and on the pool tables for the last few months. It was a luxurious camping adventure to me of course.

That leads us to the train.

Christmas was around the corner and that year there was money for gifts. I was vey young and had little memory of other Christmases.

We had found many items of our parents hidden in our home as unsupervised children do. I will not go into the details but some were quit interesting. Keep this in mind as you leave for work each morning.

This year my brother found a large flat box hidden from us under the bed of my parents. It was a Lionel Train set with a small oval track. Wow was all we could say.

The good times had arrived and we were ecstatic. Could we wait for Christmas to enjoy the largesse of our parents? Should we wait? Absolutely not.

Each morning they left at around nine or ten and then the whistle blew. If we weren’t in school, that train was running around the track at full throttle until it flew off or we slowed it down for safety’s sake. It was the best gift ever.

Everyday my brother who was about eleven would take the train track apart and put it and the locomotive and the three large cars back in the box and slide it back under the bed. He made sure to seal the end closed as best he could. There were large brass staples holding it closed but he was soon able to manipulate those and reseal the box. He was a clever boy.

One day we went to use it and it had been wrapped for Christmas. I thought, “the fun times are now behind us.” “No problem,” was my brothers response to this new set of circumstances.

My brother could have been a safe cracker if had wanted, but his sights were set higher on being a professional gambler, which he did become in his later life.

He unwrapped the package deftly and slid the train out easily. It became a routine and not difficult at all. Practice does make perfect, after all. We used the train each day and then put it back in it’s proper place under the bed when we were finished. The end taped closed as if nothing had happened.

We played with the train often and slipped it back into the box and resealed the tape on the wrapping paper.

Remember, my parents were working eighteen hours a day or so and had little time to worry or look at the wrapping paper at the end of a Christmas present. They were just glad that we had something to open, as we were.

We pretended to be surprised on that Christmas day. Nothing was said on that day about our activities with the train. I suppose we got away with the early use of the train. The joy that it brought to us was well worth the risks involved.

My parents never said a thing. Perhaps they knew, but I will never know. They are both gone to their rewards and no longer at had to comment about my childhood pranks and adventures. There were many.

Being set free early and unsupervised is a great gift and being put to work early in life is as well. It is a great opportunity to learn and grow. I am so sorry for those youngsters now who don’t have the same opportunity that I had. Going to work at a young age gives one confidence, structure and a sense of accomplishment. At least that’s what I feel looking back on my life now.

I wouldn’t change a thing if I could. I never worked for anyone but my parents and myself. That was our family culture. We knew nothing different.

I had my own shoeshine box and shined shoes in our restaurant at a very young age and sold flowers on the corner of our parking lot for a local flower shop. I always had money for those important things a young boy needs, like blow guns, bows and arrows and all other sorts of dangerous items.

Those were great times and I remember them often as I lay down to sleep each night and remember how lucky I was and am.

Don’t forget to read the first chapter of each of my novels here on my website. I’m sure you will find something of interest in one of them.