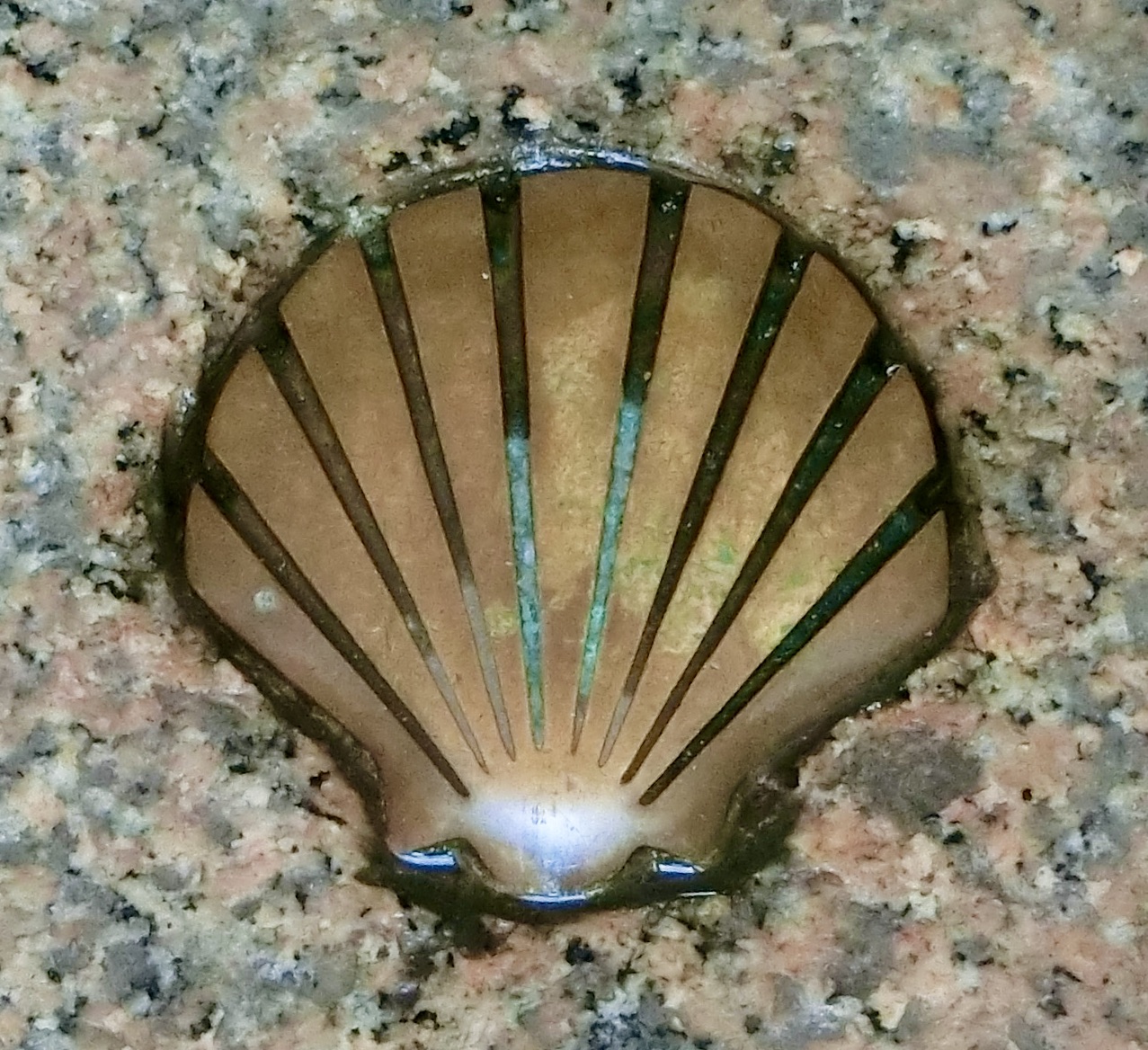 Today we took our bus to Santiago de Compostela. This is the capital of Spain’s Galacia region.

These hills are still thickly covered in forests of cork, pine and the invasive Eucalyptus trees.

Every now and then a small pasture will appear along the side of the road and a few dairy cows can be spied eating placidly as we quickly pass by. They care little about adventure or politics. Their cause is milk and cheese.

There are few beef cattle to be seen around here.

It has rained most of the day today, but that’s alright. That is the price to be paid for lovely green views and thick forests.

We stopped in Lugo on our journey today for lunch. We had a fine meal of fish and or chicken with vegetables today. My wife was pleased to have a choice other than fish or pork.

We walked the town and saw several old churches and walked slowly through a graveyard. The town was hilly as usual with mountain views and storm clouds overhead. A reminder of the storm resting all around us.

There is little flat land here but it seems to get flatter as we move north and west.

We reached Santiago de Compostela after two and a half hours on our lovely bus. The driver is a quiet man so far. He is a good driver no doubt and I suppose he has presumed that no one speaks Spanish or Portuguese and so keeps to himself for the most part.

We were soon settled into our room at the Hotel Compostela. There are many hotels and hostels here for the pilgrims that we constantly see walking along the road we are traveling on.

They have now reached their destination at the site where the bones of St. James lie at rest. This pilgrimage has many routes from France and through Spain and Portugal to this, St James and the pilgrim’s final destination.

The Camino de Santiago is the walk that most Catholics want to accomplish at some point in their lives. It is called The Way of Saint James in English.

According to legend, a ninth century hermit and shepherd saw a light in the sky and and followed it; the light finally lead him to a burial site.

The local bishop examined the bones and declared that they were the remains of Jesus’ apostle, James.

The Spanish king then directed that a cathedral be built on the spot in 1075.

This created one of the most sacred Catholic sites in the world at Santiago de Compostela and strengthened the relationship between Spain and the Catholic church.

The next time you see a renaissance paining of the virgin Mary and Jesus, look at the baptismal font around, near or under them. Chances are that it will be a large scallop shell.

We have seen many pilgrims on our trip so far as we are following the same route. We even walked a short distance on the trail ourselves one afternoon.

We walked in the town after leaving our group. We bought the national treat of Portugal here in Spain today. We are getting ready to sample more of them in Portugal. We had to see if we could handle the experience. We did fine.

The recipe is a secret of course, and there are slight differences among those in different cities and bakeries.

The treat is called the Pastel de nata. It is a two inch diameter custard tart with cinnamon sprinkled on top. It was very good and I look forward to many more.

The one shortcoming of this item, if there is one, is that it is just too small.

I look forward to finding many more on our travels.

Rain is a possibility for tomorrow, but we are used to that now as we have had a few days of rain.

The weather is simply a reminder that everything changes over time.