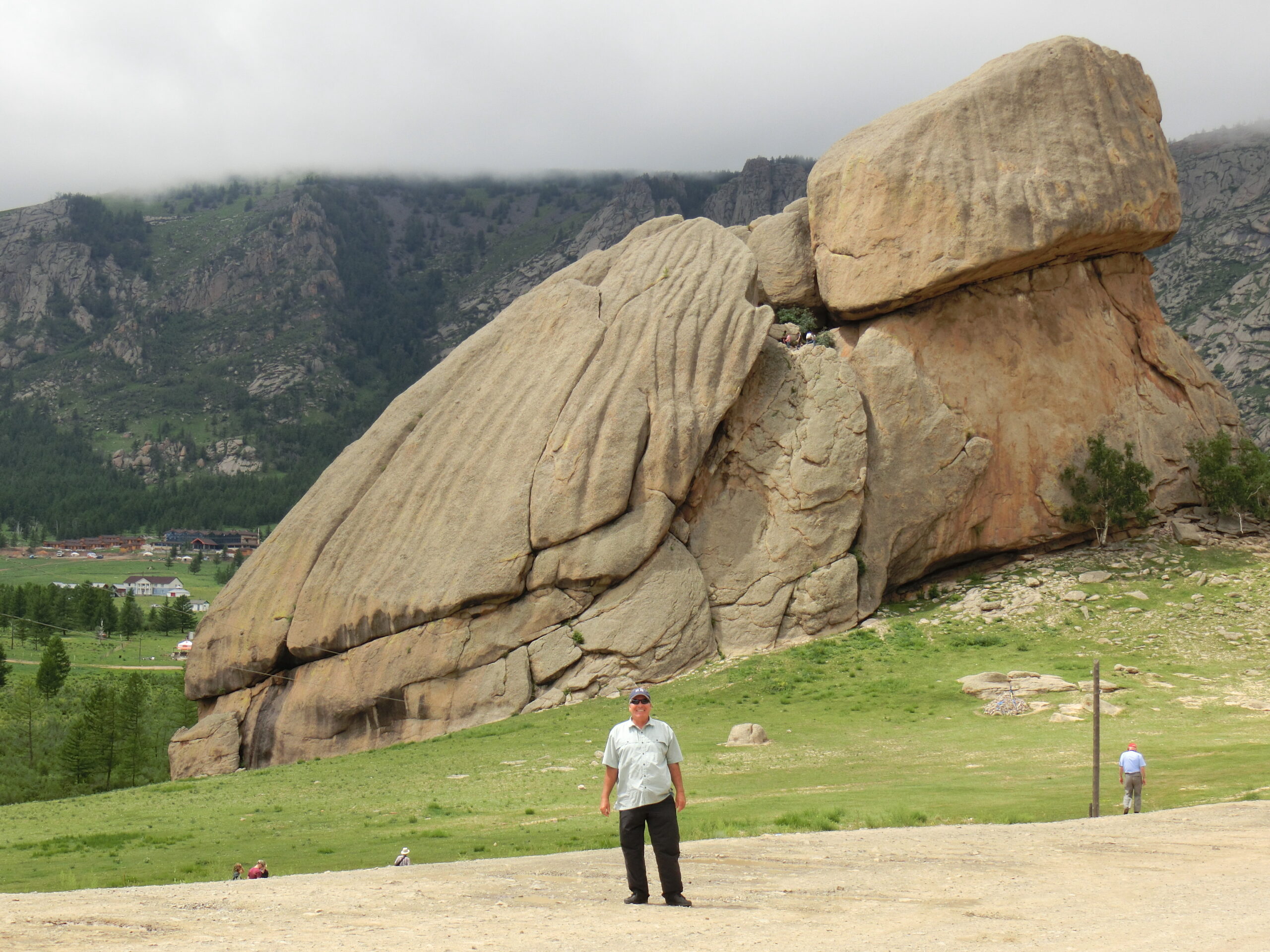 This photo of Turtle Mountain in Mongolia has nothing to do with this story by the way. I just wanted to show it to you.

I have a friend who likes country music. One Friday night he went to one of his favorite watering holes to have a few beers and listen to his favorite music.

A few old buddies were there and along with some city slickers who were quite friendly.

They sat together at the long bar and tipped a few, or several. He isn’t sure.

Any way as the night progressed, his buddies left and he was now with the new “friends.” They offered him another type of medicine to partake with and for what ailed all of them. Loneliness and boredom is my thought.

Let me say here that I do not believe in or ingest any illegal substances. I think alcohol and pot should still be illegal. But that is a discussion we can have at another time.

So these three fellows go out to the parking lot. It is defined by a perimeter of bails of hay, stacked two bails tall.

The new friends broke out a hand rolled cigarette and lit it up. They passed it around twice as generous friends do and that is when my friends memory goes blank.

He woke up in the morning sprawled out on one of the bails of hay. His clothing seemed to be intact and in order. His wallet was still filled with his cash and he seemed to be no worse for the wear.

Thank goodness he had no family waiting for him to arrive home that Friday night.

Anything might have happened. Weed is stronger these days, first of all, or so I have been told. Who knows what else was mixed in that stuff besides? It could have been anything.

What if this had been a woman? “God” only knows what misfortune might have befallen her and her family.