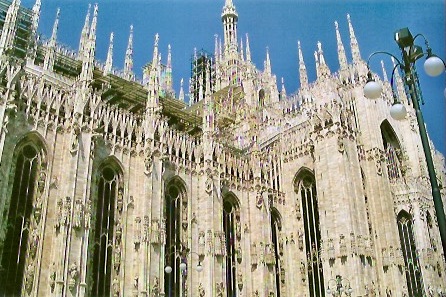 I worked in home repair for and in, the homes of many interesting and wealthy people.

I had the good fortune of learning one thing or another from all of them.

This story is about one particular woman who was from Peru. She was a pharmacist.

She happened to meet an American gentleman who had come down on vacation while his divorce was being run through the courts. I’m not sure how long he stayed.

They dated and wed at some point after some length of time. He was a pharmacist as well.

While they were on their honeymoon, the new wife went down to cash a check at the front desk.

When she asked the man at the front desk if she needed to show an ID, he smiled. “With that name, I don’t think so.” he replied. That puzzled her a little.

When she went back upstairs to ask her new husband about the incident, he said, “Don’t worry honey, I’ll explain it all to you when we get home after our honeymoon.

She waited and at some point after they arrived home, he explained to her that she had married into one of the wealthiest families in the world.

Many women try to do this on purpose. We have a name for them. But she did it by accident and was really in love with the new husband.

It can be a problem for the rich and famous to find mates who are not in the relationship for the money. In this case the new husband had done it. Perhaps that was why he married a woman from a different country, I don’t know for sure.

I won’t mention the family name for privacy’s sake, but it wasn’t the Roosevelts or the Kennedys.

By the way, this family has passed all the money down to the heirs and the fortune has been broken apart due to that, unlike the Kennedys fortune which is held in a trust.

They lived happily ever after from their working income and from the rents from their buildings that they had acquired after many years of hard work. I hope the wife is still alive and well.

By the way, many landlords are simple working people who worked hard all their lives, saved their money and invested in properties to rent to those in need of housing.

They are not villains or bad people as they are often painted. They offer a service to those in need of that service.

That is what we call, free enterprise.