Several years ago I had a little discomfort on my right side. I seemed to be in a little pain.

I worked for myself and had many financial obligations. I had to make a certain amount of money each day to “make my nut.”

As time passed I was in more discomfort and finally went to the doctor. I had a high white blood count and a low grade fever. I was told that I had the flue.

So three years pass and I am still hurting and going to work in pain. The doctors did some more tests and found nothing. I went back to work.

I used a drywall knife at work and many times I wanted to do exploratory surgery on myself. I came close as the pain increased and lingered for another year.

One day, I felt a little “ping” in my right side and nothing more. I was working for a woman who had the flue and I thought I might have picked up something from her.

I almost couldn’t drive home, I was in such pain. I sat and stewed about it over the weekend and felt awful. In the middle of the night I woke up delirious. It was time for the ride to the hospital. I had a 105.5 temperature.

My wife dropped me off at the curb and went to park the car. By the time she came back, I was in surgery.

I had a ruptured appendix. It had ruptured two days before at that lady’s house. I had peritonitis throughout my abdomen. The four year fever was now explained. I had a periodic rupturing appendix.

It’s in the Funk and Wagnalls Family medical guide.

I was in the hospital 18 days the first time and had three arterial antibiotic lines running into my arm. I was in intensive care forever.

There were others going home who I thought looked much worse than I. I never got a bath from my nurse by the way. I was a little disappointed about that.

So one day I found a sheet of paper and a pen and drew boxes and put numbers and letters in them.

When my nurse came to check on me, I asked her to pick two boxes. L12 was her choice. “What do I win,” she asked with glee. “You get to give me a bath,” was my answer.

She bent over and laughed so hard she almost had an accident. Hey, I had a lot of time on my hands and the mind wanders to strange places when left unattended.

The doctor that did the surgery would see me walking the hallways and say, “Are you still here?” “Yes, Tom,” I would answer, “they still can’t get rid of all the peritonitis.” I knew many of the staff on a first name basis by then.

As always, the lower down the social ladder you go, the better people treat you. I was great pals with the janitors. We would have played cards more often except for the damned supervisors.

I had made my own deck with all the time I had on my hands. It’s amazing what you can do with a tissue box and surgical knife. Don’t ask.

There are some escapees from this particular hospital now and then to a fine restaurant across the street. So security is suspicious of a fellow walking across the parking lot in his jam jams. As my wife picked up a prescription for me, I ventured outside and saw my car parked way across the lot.

As I walked across the lot, I noticed security eyeing me with suspicion. The large officer approached me and asked, “Where do you think you are going mister?”

I looked at him and said, quietly and calmly, “I’m going home and I will hurt anybody who tries to stop me.” I am an average sized man and he was quite large and muscular as security men can be. He was of the larger variety to be sure. He turned on his heel and let me be. I guess I was very persuasive in my own quiet way.

I hadn’t slept well for several days due to the buzzers and bells going off around me from all the sick people in my room.

So I finally went home for Passover after 18 days in the hospital and slept like a baby for a few days. And then I had to go back to work.

I felt alright the first day, but everyday I got a little worse. By the way, they didn’t sew me up, so I had a large open wound in my side. It was covered by a sanitary napkin. Now I know how you ladies feel now and then. They want the infection to ooze out of the incision, I suppose. It was not a pretty site, but my wife took very good care of me.

I would do my job at one house and then fall asleep as my employe drove me to my next appointment. Yes, I was on pain meds.

After a few days I was back in the hospital. I had 25cc’s of peritonitis under my lung. Every time I took a breath, my lungs hurt like on a smoggy day.

I had a tub inserted into my ribcage so the infection could drain out of me. That was fun. One night after a couple of days, the thing slipped out. That scared the heck out of me.

We went to the hospital and they said the tube had done its job and that I would be fine. Why not tell me that when you “slid it in” pal?

I bring this episode up for a couple of reasons. One is to remember to enjoy life, as it is over soon enough. And the second reason is this. If you feel like your are sick, you just might be.

Be more demanding than I was and try to solve the issue at hand early.

We all have had friends leave us too early for things that might have been taken care of if the right people were alerted soon enough.

Listen to your body. It will probably tell you when something is wrong. 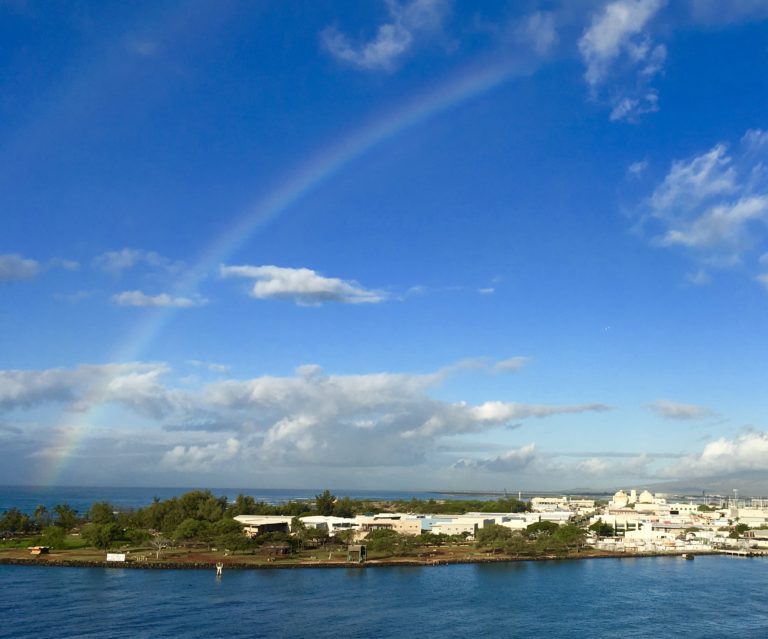