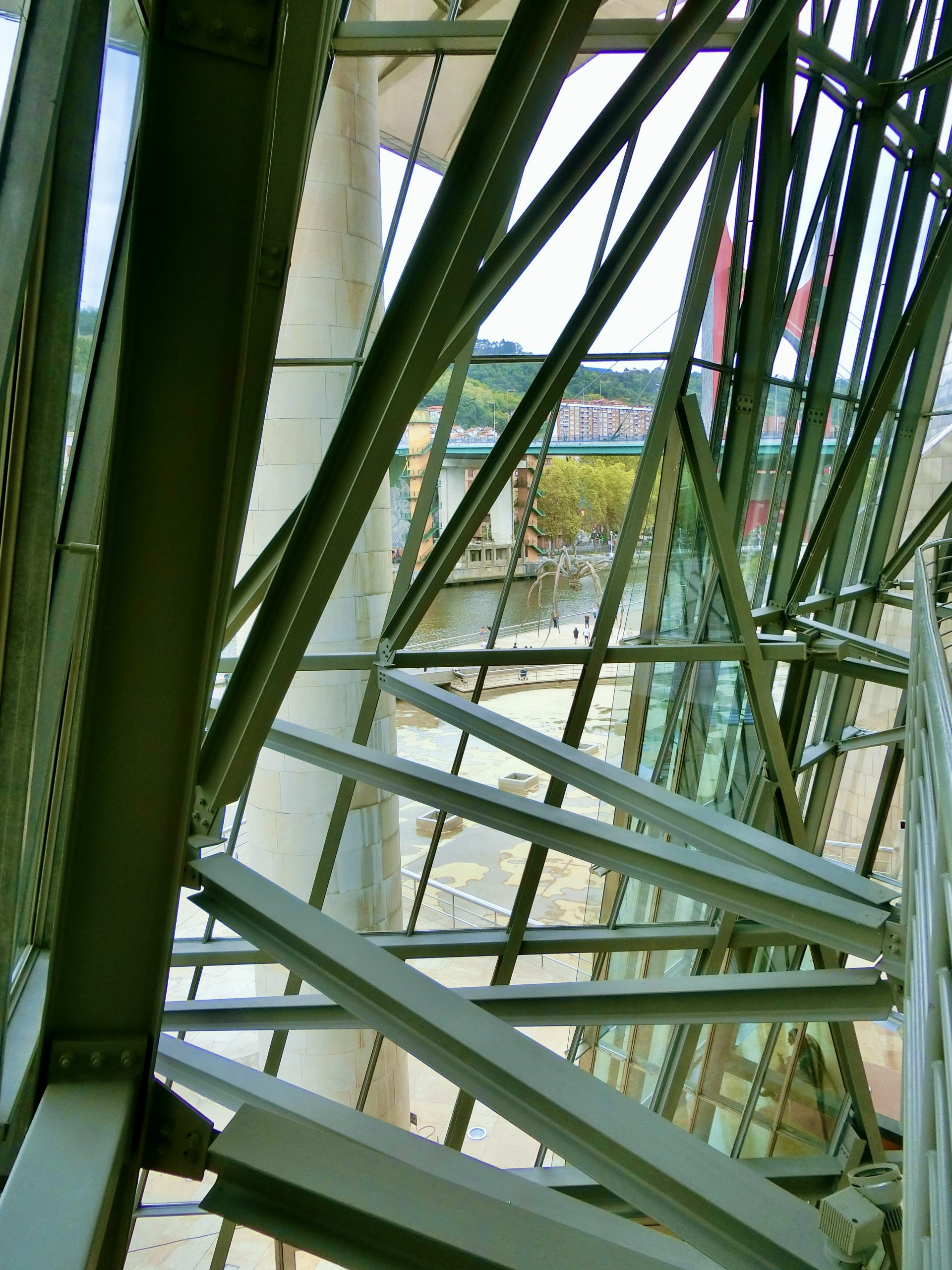 We met our group of fourteen today.

Our young leader, Igor gathered us together for the initial meeting and rules for the journey. His name is very common in the Basque region where he is from.

We all introduced ourselves to each other then. We are a varied group made up of teachers, nurses, attorneys and other riffraff. This adventure should be interesting if for just the makeup of it. We were told about our fate for the following morning as well.

My wife and I went out to the plaza behind the hotel which is well situated in the center of the old town.

We had “tortillas” for breakfast at Zaharra’s. Here in Spain, “Tortillas” are scrambled eggs with fillings of vegetables and other interesting items, sausage being one. They are very tasty and filling. The food was excellent and my limited Spanish is serving me well. I know much more than I realized. I can find food and shelter and stay out of police custody.

We went to the Guggenheim Museum today. The walk was easy along the narrow green river on the other side of the valley and at the foot of the river. The walk was pleasant as was the weather. It was a flat walk and we passed many interesting buildings and bridges that cross over the slow moving river.

The museum is an interesting shape created by Gerry. It looks a little like the Disney building in L.A. The skin of the building is made of Titanium purchased from the Russians at a very good price. They were going to use it to build a submarine but that was never built and the material was left sitting. They turned it into a profitable situation by selling it to the builders of the museum.

At the time of our visit, the museum is filled with industrial arts displays including several rooms of cars of all types and ages. There are also displays of future concepts for buildings and transportation.

The first large room we entered was filled with gigantic slabs of steel standing on edge and formed into waving walls. There was also a circular form that we walked into to see the art. The large slabs of steel and the circular forms were the art. They stood twelve or fourteen feet tall and were perhaps thirty feet long. The surfaces were covered in the the color of rust. It is entirely appropriate as the city was a center of steel production years ago.

I had hoped to see paintings and the like but that was not the case. It was a fine exhibit and if you like that type of art, then this is for you. We enjoyed the art and had a fine time there looking at it. There are interesting art pieces outside as well. One is a walkway that spews fog on regular intervals.

We have been warned of a few possible days of rain ahead, but so be it.

The geography is hilly and verdant with thick forests of pine, sycamore and eucalyptus trees. The valleys between the hills are narrow and seem difficult to pass through. They seem to be a places where calvary fighting in a ground war would be very difficult.

The letter “Z” is abundant here and there seem to be no “h” in sight. This is the “Basque” influence I suppose, showing itself early on our new adventure.