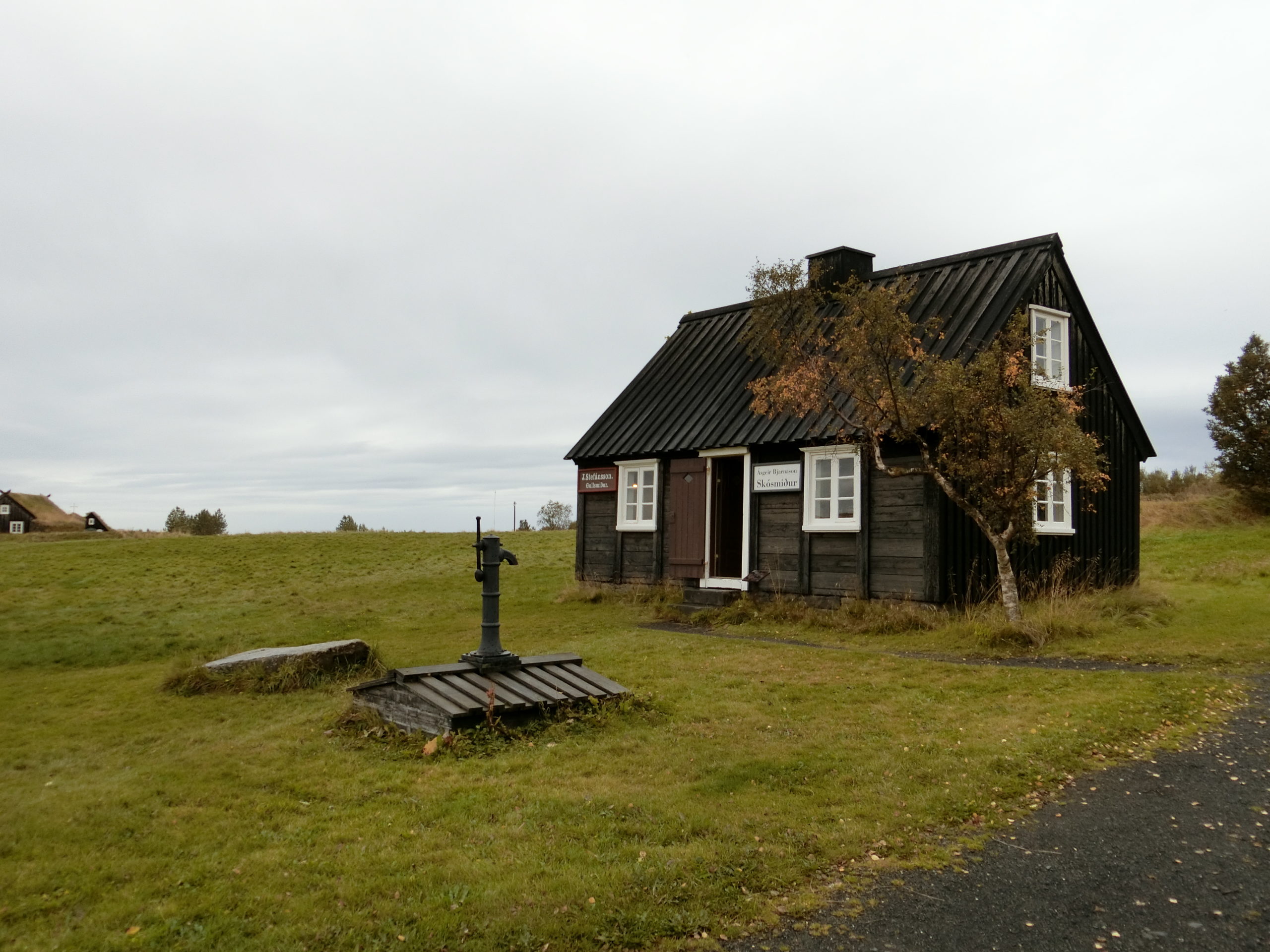 After the museum, we left by bus and rode a short distance. It is hard to park the buses and vans on some of these streets so we were dropped off on a major street across from City Hall. The building is built partially in the lake.

I recognized it from the city tour and the drop of and on bus ride a few days earlier. I know this town now like the back of my hand now.

Hey, look up there on the hill. It’s the Pearl, remember?

We walked up the steep hill to the place of the Sagas. The sidewalks are rough and cracked. We had a lady with us in a wheel chair. Her husband pushed her for ages and then others helped as well. They had not known that the terrain was going to be uphill and very rough.

Notice: If you are going to take this great tour and you are in a wheel chair I think a taxi would be better for you. It is just a very tough place to get to.

The sagas are done in a fine old classical home. There is a large room that has been added for many viewers. There is a rear entrance for handicapped persons.

This is where we met Valgier Godjonson and his lovely wife, Asta.

Valgier plays the guitar vey well and has a great singing voice. Yes, the Sagas are the oral history of the Vikings. Valgier talked to us about translating them and putting them to music. They are wonderful.

I really enjoyed his singing and the stories about his life. His wife was there as director and helped him keep track of the time and what he was and should be talking about. Behind every successful man, there’s a woman, and this one is called Asta.

I would have stayed longer, but that is the story of my life, I suppose. I would go back in a minute, if given the chance.

He has performed in many countries including the USA and has done work with PBS. It is important to remember that each culture and country has its own heroes and stars.

Perhaps we should try to get better acquainted with the cultures of other countries. I know we are busy with our hectic lives, but it would surely be worthwhile to learn more about other cultures and their art and performers.

Do you ever wonder about famous artists in Italy, Japan or Iceland? Perhaps we should.

My wife and I watch NHK television. That’s the Japanese channel for those of you who don’t know. Some of the best television is on this network. They have great travel shows in English and news as well. We watch programs that take us into different areas of Japan. One travel show is with people from different countries who have taken the time to learn to speak the language.

They also visit many different craftsmen and women so we can watch and learn about Japanese products and small towns. Sadly, the population of Japan is not growing at a very rapid rate and many small cities are dying and in need of more people to revitalize them.

If you are interested in North Korea, you should watch the English version of the Japanese news. North Korea is important to the Japanese and it is often discussed on their television news.

The skies were clear today and we are old hands now dealing with the cold.