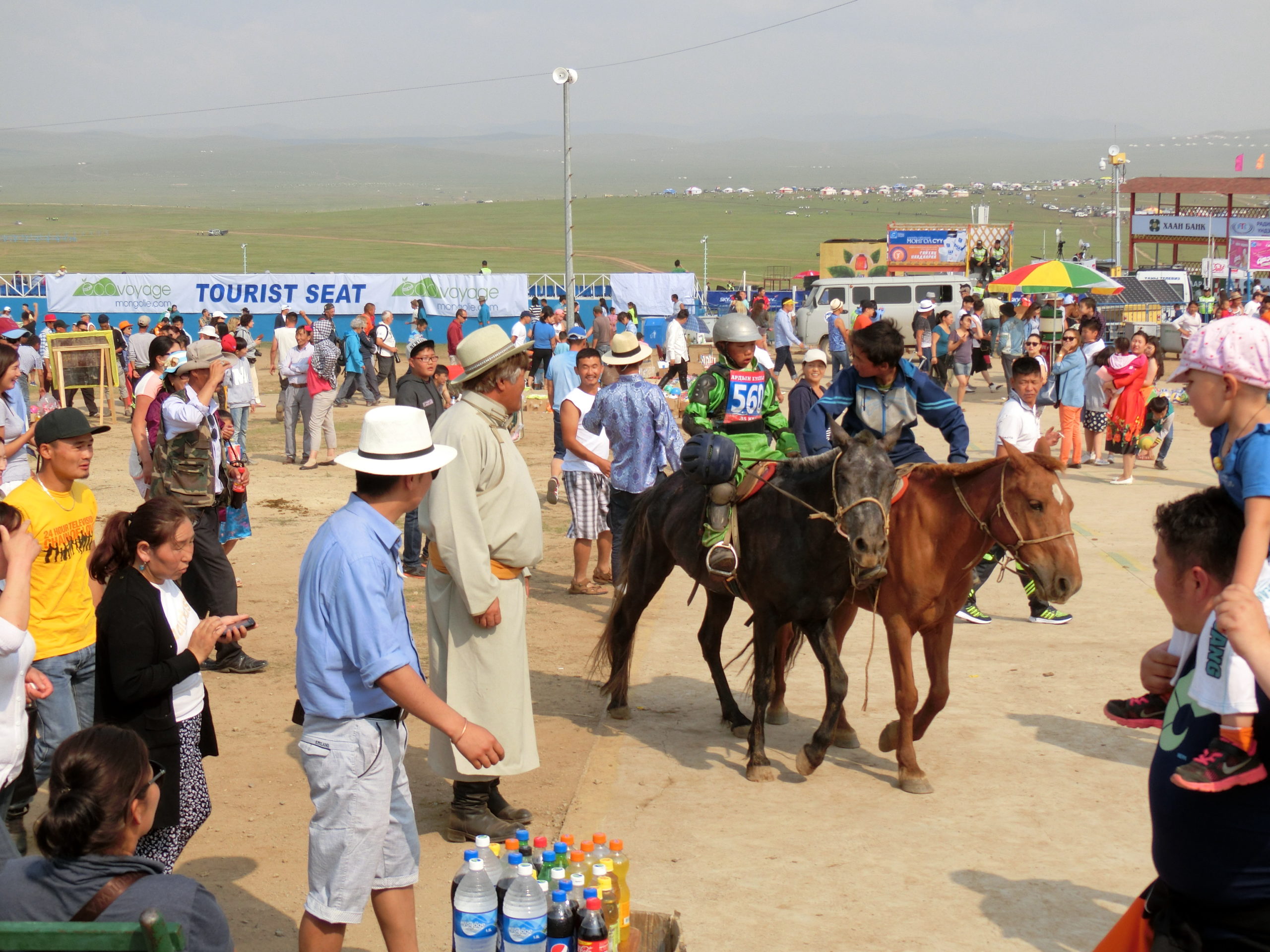 We went far out into the countryside for a large and important event one day.

It was a long horse race in a straight line from somewhere off in the far distance which then passed us at the finish line some ten miles from where the horses began.

The jockeys were young boys around nine or ten years of age, or younger.

This was the big race, and the crowd looked like the crowd at Woodstock.

There were cars and people as far as one could see out over the low, rolling hills.

There were many more than you might see at a professional ball game or the horse races here in America.

The people came in campers as well, from far and wide.

There were concession stands set up to sell any number of things.

All types of folk singing and dancing was going on all around us on elevated stages. It was like a county fair times one hundred.

A camera crew raced along next to the horses in a car and sent a live feed to the screens set up in front of us.

We sat in bleachers set up just for this event. We are truly in the middle of no where.

As the race progressed, some of the young riders were tossed from their mounts and were finished for the day.

The young boys wore helmets for a while, but eventually they removed them and used them to urge their horses on faster, if you get my drift.

Eventually the horses came into sight to our left at a great distance.

First, all we saw was a cloud of dust. Perhaps not unlike the one Custer saw on his last day of life.

Then eventually a herd of horses could be seen, and then individual horses arrived and raced past us. The groups of slower horses arrived.

These groups were separated by feet at first, and then by yards, and then minutes and then several minutes would pass before another horse or group of horses would run by.

Many of the horses were riderless.

Perhaps there was a safety vehicle that picked up the jockeys that were tossed off of their horses. I hope so.

The winner received a fine trophy and for the whole year he will be honored for his feat.

It was a beautiful day and quite an interesting site to see.

This race comes from their culture of horseman ship and bravery in battle.

In our country this might be called child or animal abuse.

Remember, we live in unique country where we have plenty of food, money and time to ponder these issues. Most people are just working to survive in this world of ours, sadly.

In closing, I have to again ask you to go to Mongolia. You will not be disappointed.