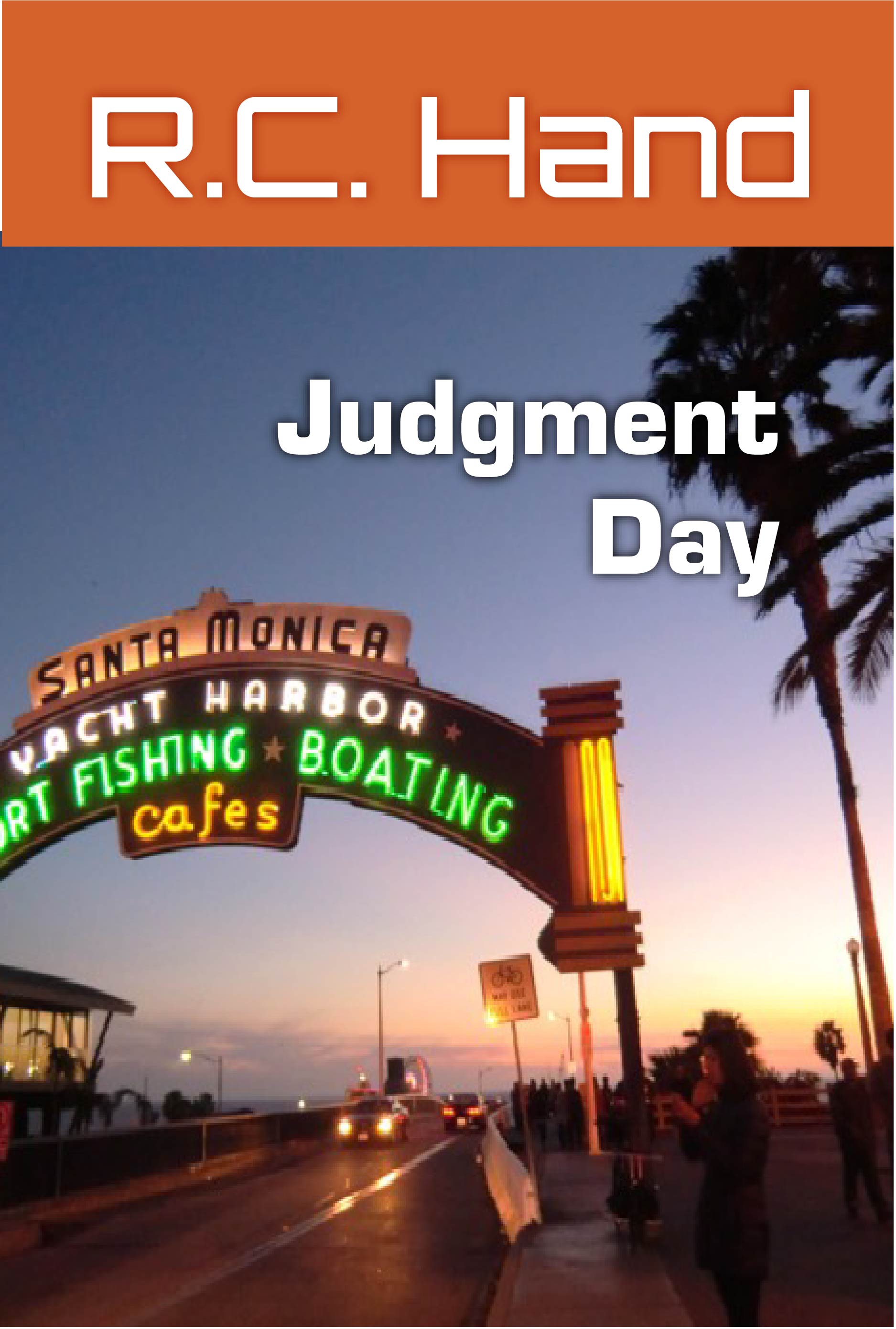 This is another first chapter from one of my books. This is a detective story. It takes place in Santa Monica, California now.

It is a novella, but I may go back to it in time and add to the story.

Believe it or not, there is an avenging angel who lived in Santa Monica. He was named Gabriel Richard Batista.

The fact that he was named after the angel, Gabriel, is no accident. His mother knew he was special from the moment that he was conceived. She had been barren and given up hope on ever having a child, but then he arrived and then two more.

He was named Gabriel after a promise his mother had made to God.

He grew up as an ordinary child, the oldest of his small clan, and the protector of his siblings. But his mother knew that he was special, and she was right.

Gabriel turned out to be no ordinary man, he became a police officer.

He was employed by the Santa Monica Police Department and had worked his way up from the traffic division into the narcotics investigations after several years of good police work.

His main hobby was riding his restored motorcycle whenever he had the chance.

He knew motorcycles inside and out, and was an expert at riding and repairing them.

His wife and family had moved on like so many “cop” families do. But he didn’t hold it against them. He just hoped that they might reunite, eventually, and be happy again, like they once had been.

He thanked God everyday that he had been chosen for this new narcotics task force, which now kept him too busy to think about his family and its troubles. He would have been a wreck if he would have had too much time on his hands.

His wife had made her decision and so his was made by default. He hoped that like two boomerangs, his boys would come back to him someday, but now all he could do was wait.

His wife wanted no contact with him, and he honored her request. Not because he didn’t love his family, but because he loved them so much.

He wasn’t always there for them or showed the kind of attention to them that he should have, but he understood that now. He hoped that by understanding his wife’s request and abiding by it, that she might see that he could change.

Gabriel had worked hard for his new assignment, but it had taken a toll on his family. He went undercover investigating several motorcycle gangs including the Shadows and the Bastards.

The task force was investigating their connections to the drug trade in L.A. County and elsewhere. It was no mystery what these gangs were up to, and the task force was finally set up to gather as much evidence as they could. They would prosecute everyone involved as soon as their case was ready for trial.

Gabriel was chosen not only for this job because of his record as a police officer, but because of his skill on, and his knowledge of motorcycles. He knew he could get the “rough, biker look” right. He could grow plenty of facial hair and he had a thick brown mane that would look just right if given the chance to grow out for a little while.

He had done just that when he had finished college and was waiting to be hired on by one of the police agencies, that he had applied to. He had wasted no time signing up for police science classes at his local college right out of high school.

He had passed through them with flying colors and then waited for a job. He thought that his youth would be a detriment, and to some agencies it was. But finally he got his chance and he was determined not to waste it. Gabriel didn’t. Soon, the brass noticed him for his work ethic and his calm demeanor under stress.

He passed his tests easily and seemed to remain unchanged by a job the tended to change most, and usually not in a good way. It took him a few weeks after getting his new assignment to get the look right. His beard had grown in along with his now shaggy hair and he was ready for what could be tje adventure of a lifetime.

Most of his family problems started with this detail because of the long and unusual hours that he had to work. He had a normal shift for the first most part up to this point, and it was hard on his family to adjust to his new schedule, and then there was, Ricky.

Ricky was a character he had created to become this criminal biker and drug dealer. He chose the name “Ricky,” because it was his middle name, and what his father and grandfather had called him.It was a name that would be easy to use because he answered to it most of his life. It would keep him safer in those difficult situations that were bound to come up in dealing with the Shadows and the Bastards

The problem for his family was that it was often difficult for him to leave his character when he returned home at night. As he spent more time with the Shadows, he was becoming like them and less like Gabriel. It became impossible for his wife and sons to carry on a normal conversation with him or to understand what it was that he was dealing with at work.

Gabriel was becoming short tempered and almost impossible to deal with as time went by. He would often stop on his way home at night at some of those biker bars, and watch how the men interacted with each other and try to decompress and become Gabriel again. But it was becoming more difficult for him to separate those two worlds that he now found himself in.

His job and new lifestyle created problems that the marriage could not survive and Meg had asked him to leave. Instead of blaming himself for the failure of his marriage, and trying to work it out or get some psychiatric help downtown, he blamed it on the Shadows.

His wife was sometimes difficult, unloving and even nasty once in awhile. He was the same according to her and his two sons. Perhaps he was wrong about the Shadows being the cause of the trouble in his marriage, but at the time, that was how he felt. He blamed the Shadows for all of the problems in his marriage and in his life, and he wanted them to pay.

He had loved his wife in the beginning as most men do, and he was lost without her and his two sons. The loss of his family caused his life to spiral out of control for a few weeks. He even drank a little, but that just made him feel worse. That ended quickly enough as he got used to his new routine. He drank to soften the loss of his family, but it only made him feel weak and sick, so he stopped.

There were other issues that “Ricky” was dealing with as well. The court system had begun to frustrate him over the years and he was fed up with it. He felt that the system was failing the citizens and the bad guys were running wild.

The gangs seemed to be beyond the control of law enforcement. He felt that most of the time the police were just coming in after the crime had been committed and not protecting the victims very well. He was right to some extent, but his solution was extreme to say the least.

He eventually managed to befriend the Shadows by making several large drug sales for them and bringing in quite a bit of money and by giving them some information on other gangs around their turf that helped to slow down the competition. He had been working with the Shadows for quite sometime and was virtually an honorary member.

That’s when the first drug were made by the drug task force. Thankfully the gang didn’t tie their new friend to the any of the recent arrests. They were just a part of the game.

That is the end of Chapter One. Why not buy the book and find out what happens next?