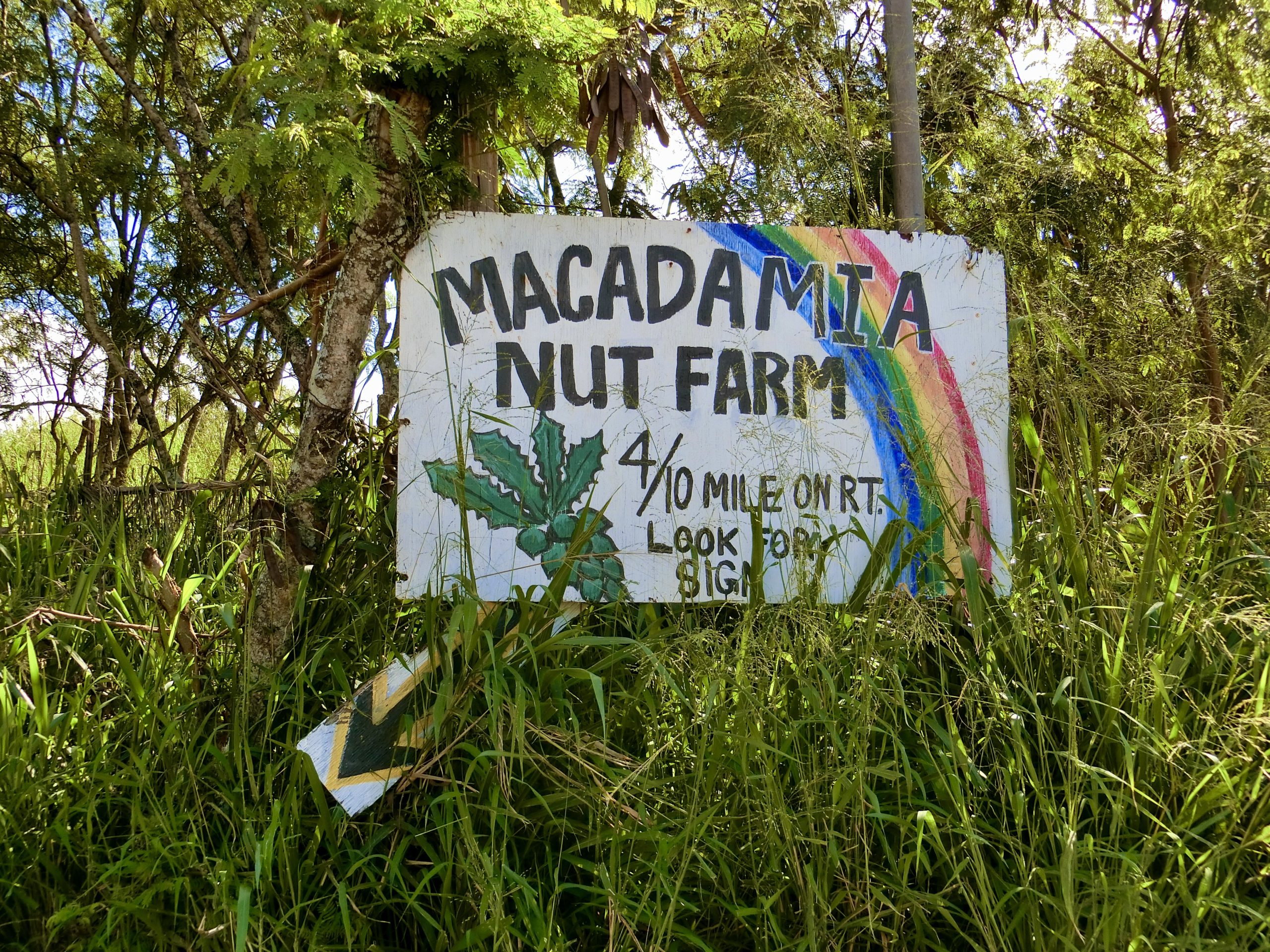 We went to thePurdy’s Macadamia farm today and learned a great deal about the tree and the nut.

The tree drops its fruit all year round.

The fruit is raked up from the ground and the husk is removed. A Hawaiian developed the machine to take the husk off and never revealed its secrets to anyone else. Thus, the macadamia is grown only in Hawaii as a cash crop.

It is delicious in its baked form and tastes quite different from the oil fried type we are all most used to. Its shelf life is shorter, however.

It is softer and creamy when you chew it and the flavor is better, I think.

The flowers look similar to white lilac but much smaller and the aroma reminds me of a fig tree. You may only get one or two nuts on the stalk after the wind and the insects have had their way with it.

It takes several years for the trees to produce fruit, so one must be patient.