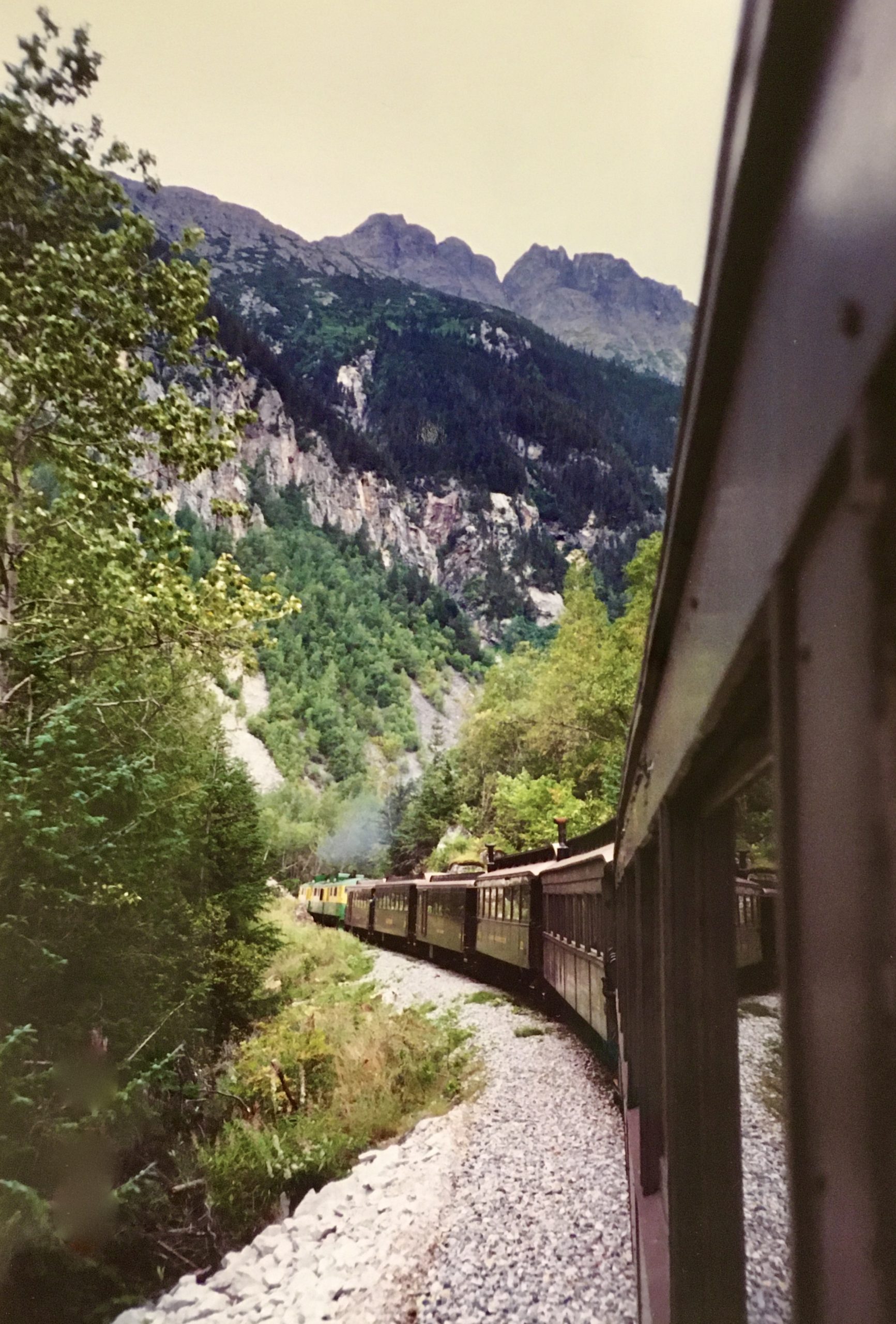 Skagway is the home of the Klondike Gold Rush National Historical Park.

The population in 2019 was around 1,183 people. The density of Skagway is 2.1 person per square mile. The population doubles in the summer tourist season. There are many adventurous things to do in Skagway if that is your desire.

You can go on the Skagway Dog Sledding Tour, go on a hike, float on the Taiya River, ride the railroad or just go to the Gold Rush National Park Visitor Center.

We choose to watch the end of the Salmon run at Pullen Creek Stream Walk after our train ride.

It was still cold when we were there, but the kids and the locals were out in shorts and ‘T” shirts running in the shallow stream. We were bundled up in long under ware and thick coats. It’s just what you’re used to I guess.

As I looked into the water, I thought that I was seeing the black and blue stones on the bottom of the stream. I was wrong.

The bottom of the stream was covered in dead and near dead salmon just waiting to be plucked from the water and placed on the shore.

It is a beautiful area to come to and enjoy. It is different from where I live, that’s for sure.

I live at the beach and the cold is no friend of mine. Spring is an easy time to enjoy and get close to. I will embrace the fall and the summer as a good friend. If dressed properly, I will ignore winter until it is impossible to and it makes me so uncomfortable that I must go inside.

I like my nose as it is and where it is located. I do not wish to have to go looking for it on the bare cold ground. It is a rather small nose as noses go.

Skagway is the setting of Jack London’s novel, The Call of the wild.

The word Skagway is a Tingit idiom which refers to the waves in the Taiya Inlet which are caused by the strong wind.

idiom – A group of words established by usage as having a meaning not deducible from those of the individual words (e.g., raining cats and dogs, see the light).

Remember to look at my novels on Amazon.

“The Adventures of the Smith Family,” and “Grandpa Ernie’s Secrets” by R.C. Hand.