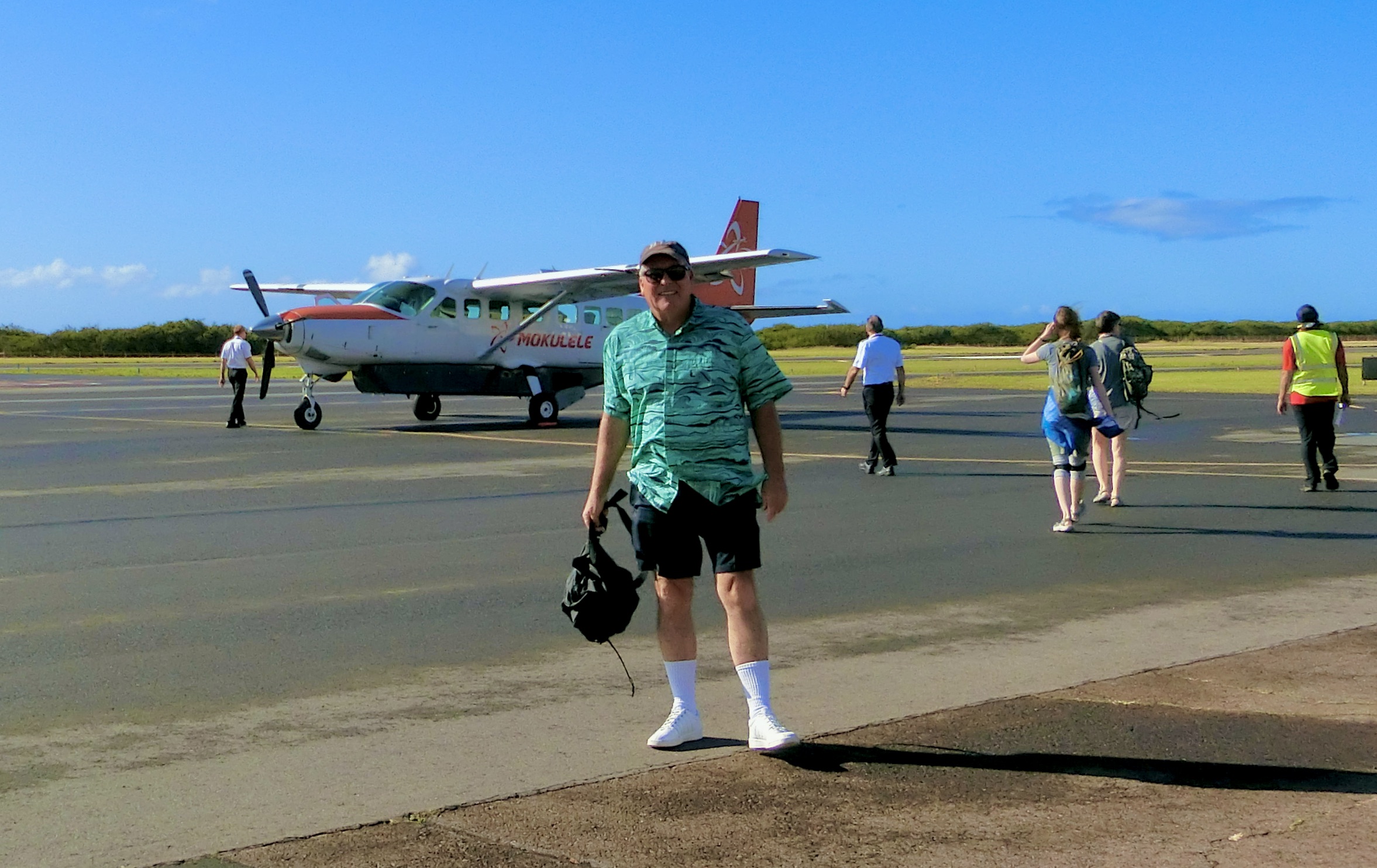 Today we took the flight from the small airport on Molokai to the peninsula where the leper colony is located today.

There were as many as 8,000 people sent there over many years but only 12,000 were there at any one time. Only 8 remain alive there now.

We flew over there in a small ten passenger aircraft. It is probably the third most scary flight I have ever been on. The winds were very gusty and the plane was being buffeted by strong winds.

The weather was cloudy and there were hints of rain in our future. The plane bounced and tilted as we made our way forward.

The plane flight is the shortest commercial flight in the United States at around seven minutes long. That seems like plenty to me.

We took off and quickly gained altitude. Soon we were over the ocean and the flight was smoother. The islands contours seem to cause the the winds to be more erratic.

The landing was handled well in the strong winds. I suppose it is nothing new for the pilots who do this on a daily basis.