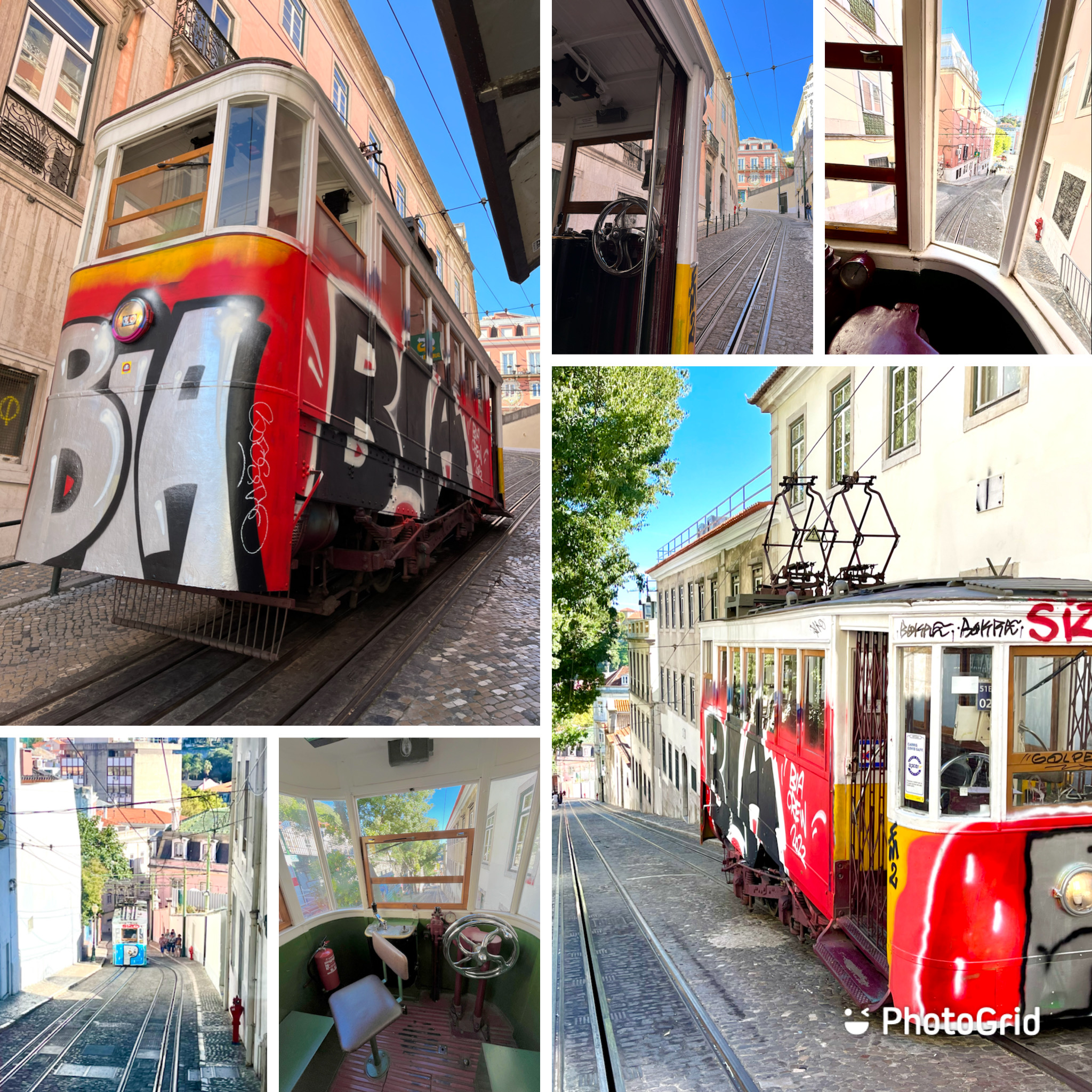 We arrived in Lisbon, Portugal today after a three hour van ride from Porto.

We stopped at the Noeirinha salt flats at Aveiro, on the way.

It is a two man operation out in the salt pans at the moment. There are others working in the retail store.

The salt pans were created centuries ago by the Romans. This location was perfect due to the tidal canals.

The canals fill the salt flats with fresh sea water when needed.

The water flows in at high tide if the small gates are opened.

The water fills the pans at the highest point first and then the water flows down from it into the lower pans. All of this is controlled by very small pipes with simple hand valves.

The first salt captured is the very fine salt floating on the surface of the water. It is of a fine texture and is used in fine dinning.

As the water is moved down to the lower pans and more of the water evaporates, the remaining salt is harvested from the top of the soil where it has settled. It is harvested by hand.

Wooden shovels and rakes are used to stack the salt on the slanted narrow walkways between the pans. Over time, some of the water runs off and back into the salt bed.

When the flor de sal or salt is dried to its proper level it is shoveled up into wheelbarrows and moved to large piles of newly harvested salt away from the pans where it is covered in black plastic sheets until packaged. This salt is for local consumption only.

This has always been part time work over the centuries. When the rainy season comes, it is impossible to work to gather and dry the salt. This is hard and hot work being out in the sun all day with no shade. Not many people want to do this type of work in our “modern age.”

We left after this interesting stop and eventually arrived at the town of Aveiro with its canals and gas powered canal boats.

Some are painted with biblical scenes. They look like Gondolas but have an outboard motor in the rear.

We had lunch of guess what. Right, fish or pork. It was great.

My wife and I had a walk around the small town and had a snack near one of the canals. The lady was very friendly as we ordered our now favorite treat, Pastel de Nata, the pastry cup filled with vanilla custard and sprinkled with cinnamon.

We met two couples in the restaurant that had left North America to come and live in Portugal. They had settled in and were very happy with their decision.

We then left for Lisbon, three hours away.

I may have fallen asleep on the bus. When my wife woke me, I was told that, “someone was snoring.” It might have been me.

The geography of this land is beautiful with its vineyards and farms covering every piece of the low hills and narrow valleys.

I did see some milk cows by the way.

We won’t soon forget our ride through these beautiful countries of Spain and Portugal.

We have settled into our hotel in Lisbon. It is the Hotel Lisboa Plaza.

It is a fine place near the Spanish Embassy and the main boulevard.

It was described as quaint and old. It was clean and had a fine view. The bed was wonderful. And yes it is an older hotel with its own set of peculiarities, such as very small elevators. Get over it. These peculiarities were not “off putting.” This is what travel is all about. If everything was the same why would you want to go anywhere?

We did a short walking tour on our own and found some small shops that sell the Portuguese equivalent of tappas called “Pitiscos.” They are dough balls filled with pork, fish, chicken and bee and deep fried, I think.

The main street is lined with expensive shops and restaurants. The wide avenue has a park running down between the opposing traffic lanes. It has been here for centuries, I’m sure of that.

The rent is high here on the main avenue so the better priced meals are found a few blocks away from the main drag.

Tomorrow we take a bus tour around Lisbon and will get the lay of the land.

Don’t forget to come to my Facebook page at R.C. Hand for several interviews about my novels and life.

One fun and high energy audio interview of me is by brian@briantellsstories.com from England called “Growing up with murderers…” It is about my interesting and dangerous childhood.

There are a few videos there and on Instagram of me reading a short portion of my novels and my winning six minute true story telling event about my first Halloween, done in March. The event is called The Long Beach Searches for The Greatest Storyteller and was created by Marian Williams.

The event takes place several months of the year at Malainey’s Grill in Long Beach, Ca.