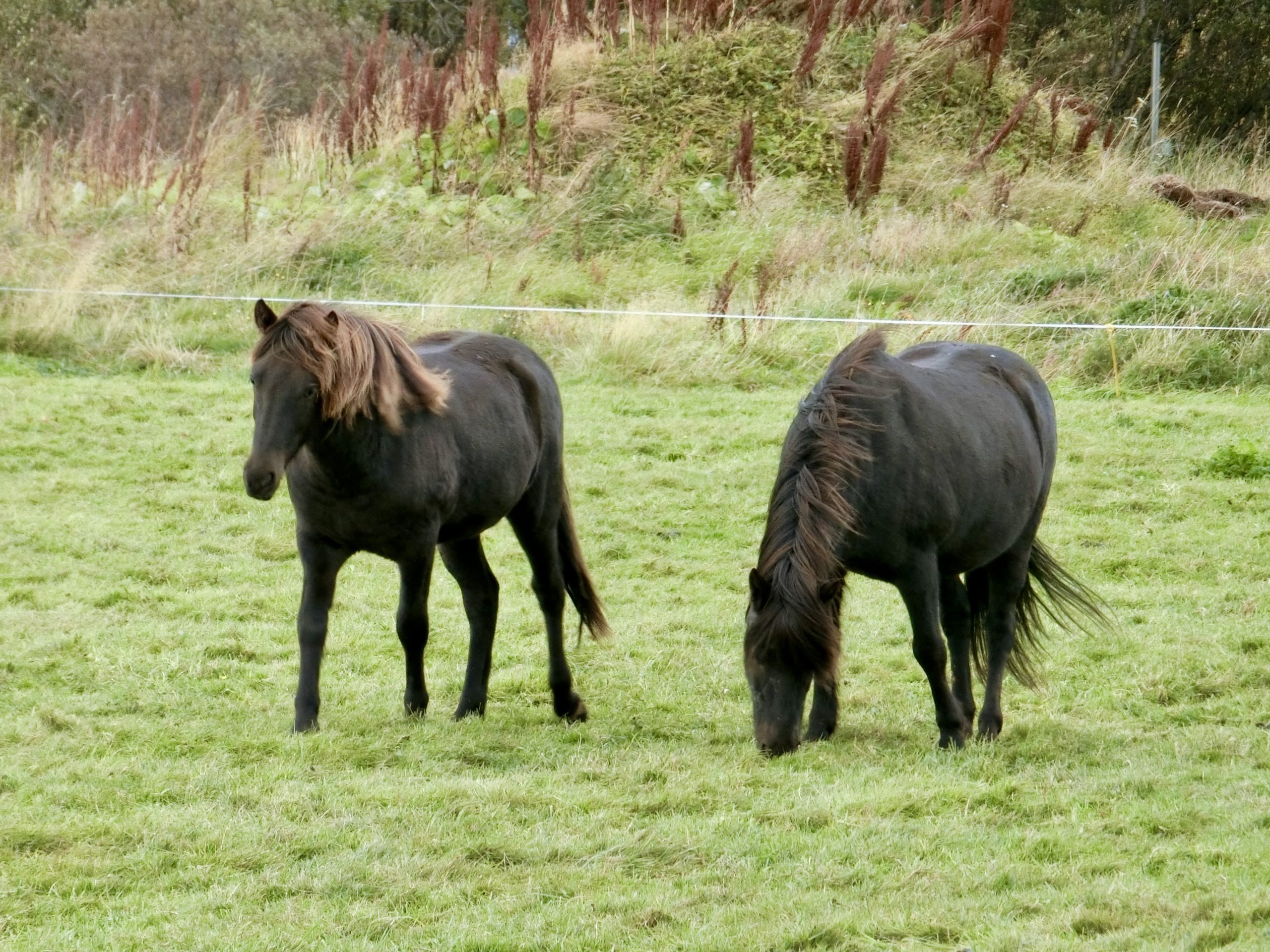 The Icelandic horses are a breed unto themselves. They have gone to other countries to be shown, but they are never allowed to come back to Iceland after they leave.

I know that it sounds crazy, but that’s what we were told. The animals are bred to be friendly and cooperative.

They are a rugged, thick looking animal and are trained to have five gates instead of the normal four of other horses. You can see them on the farms as you drive down the highway. They seem calm and a little bored.

The road into the interior of the country that we are traveling on was created for the workers who built the meter wide pipes for the hot water to get to the few cities in Iceland. The electrical workers then used the same roads to bring electricity to the same towns. Steam generators create the electricity.

The roads were then turned over to the people to use as normal roads out into the middle of the country. There seems to be only the one road from Reykjavik out to these areas. There are very few cars passing by us as we stop to see this landscape.

There are few people living out here in this mossy and mountainous wilderness.

The vistas here are wide and full of blue skies, lakes and mountains.

The roads are under constant repair due to seismic movement and slight or large earthquakes. The larger earthquakes seem to come about every century as the Atlantic Plate and the European Plate collide under Iceland.

The result of this “meeting of the plates,” is constant earth quakes and heated water.

By the way, the cost of electricity is about half of what the Europeans pay.

There were trees allover this country centuries ago, but the Vikings cut them down to build their homes and their ships and to burn for heat.